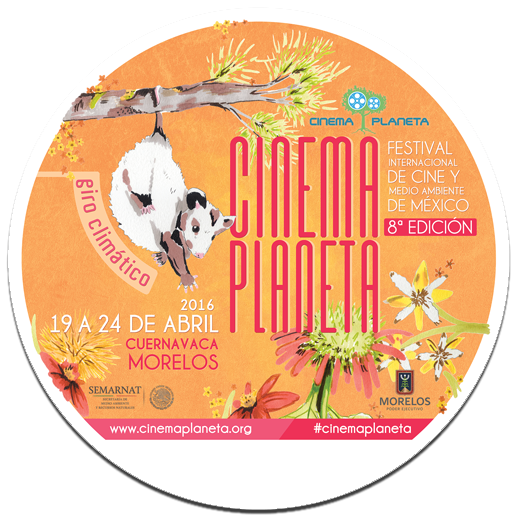 Change is present in nature, it is expressed in many ways and it coexists within it in an enigmatic and balanced way, however an abrupt change that develops out of nature’s balance, does not always have good results.

Human activity has deteriorated many ecosystems drastically and has broken this delicate balance, resulting in one of the greatest adversities present: climate change. For this reason, Cinema Planeta, International Film Festival Cinema and Environment of Mexico dedicated its eighth edition to this theme.

In 2016 there were approximately 73 national and foreign films distributed in 7 different sections of cinema, this year there was a new section called Basin that promoted national projects in addition to the two photographic exhibitions and the four lectures among which stood out:

– “The scientific reality of climate change: the mobilization of grassroots initiatives” by Dr. Rajendra K. Pachauri who received the Nobel Peace Prize in 2007. 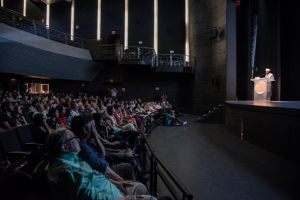 As every year, the Environmental Classrooms project was continued, this year we brought 9,266 students from every level of education. The films are selected according the age of the public and are accompanied by a talk with aa specialist in the subject. In addition, students from 5 technical secondary schools did learn techniques of organic cultivation and also video documented their activities in the Orchards and Plots of the Planet project.

In 2016 was made the fifth Bicicinema Cycling tour in which all the groups of cyclists of Cuernavaca and some of Morelos rode next to general population.

One fact that fills us with pride is that Cinema Planeta produced its first film in co-production with SEMARNAT: a documentary film about climate change. 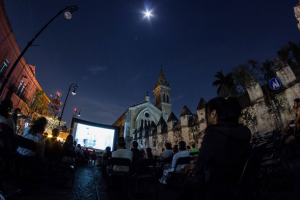 On the other hand, the Tour Cinema Planeta has grown significantly, in 2015 we reached 26 states of the Mexican Republic with about 30 thousand spectators.

In addition, together with Rajendra K. Pachauri, the POP Mexico Agreement (Protect Our Planet) was signed, which is a worldwide educational project for mitigation and reduction of the effects of climate change. This initiative in Mexico has been driven mainly by Cinema Planeta.

Therefore, in its eighth edition, Cinema Planeta is consolidated as the most important film, cultural, scientific and educational initiative of civil society in Mexico, which promotes the protection of the environment.

The changes are also positive within nature and that is why for us it is imperative that we can change towards a mentality that allows us to coexist in harmony with our environment and that enables the new generations to work for the benefit of the planet and humanity. How much will we change in a thousand years? … only time will tell, however in Cinema Planeta we hope to be participants of that future. There are certainly many things to celebrate and many tasks to be undertaken and carried out.

AWARD TO THE BEST INTERNATIONAL DOCUMENTARY:

For having an impeccable realization that portrays the need to keep alive ancestral cultures that refer to the importance of biodiversity, food sovereignty from local resistance against the clashes of transnational corporations that try to impose systems of control and dependence on workers from the earth.

For the testimony it offers, in all its complexity, of the new models of economic colonialism that threaten the agricultural lands around the world through a film proposal with high values ​​of production.

THE BIRTH OF SAKE

For its elegant narrative, endearing characters, and his deep commitment to the preservation of the heritage that represents the artisan production of sake in Japan.

WINNER OF THE PRIZE CUENCA TO THE BEST MOVIE HELD IN THE BASIN OF BALSAS.

THE ADVENTURES OF ITZEL AND SONIA: IN SEARCH OF THE GUARDIANS OF THE WATER

For the clarity and relevance of its message and in the script that addresses the thematic complexity of the use and conservation of water; The production work, which integrates the communities of diverse natural and cultural regions; The art design that is based on manual works produced in localities, which together generate a novel film proposal, aimed at both children and adults.